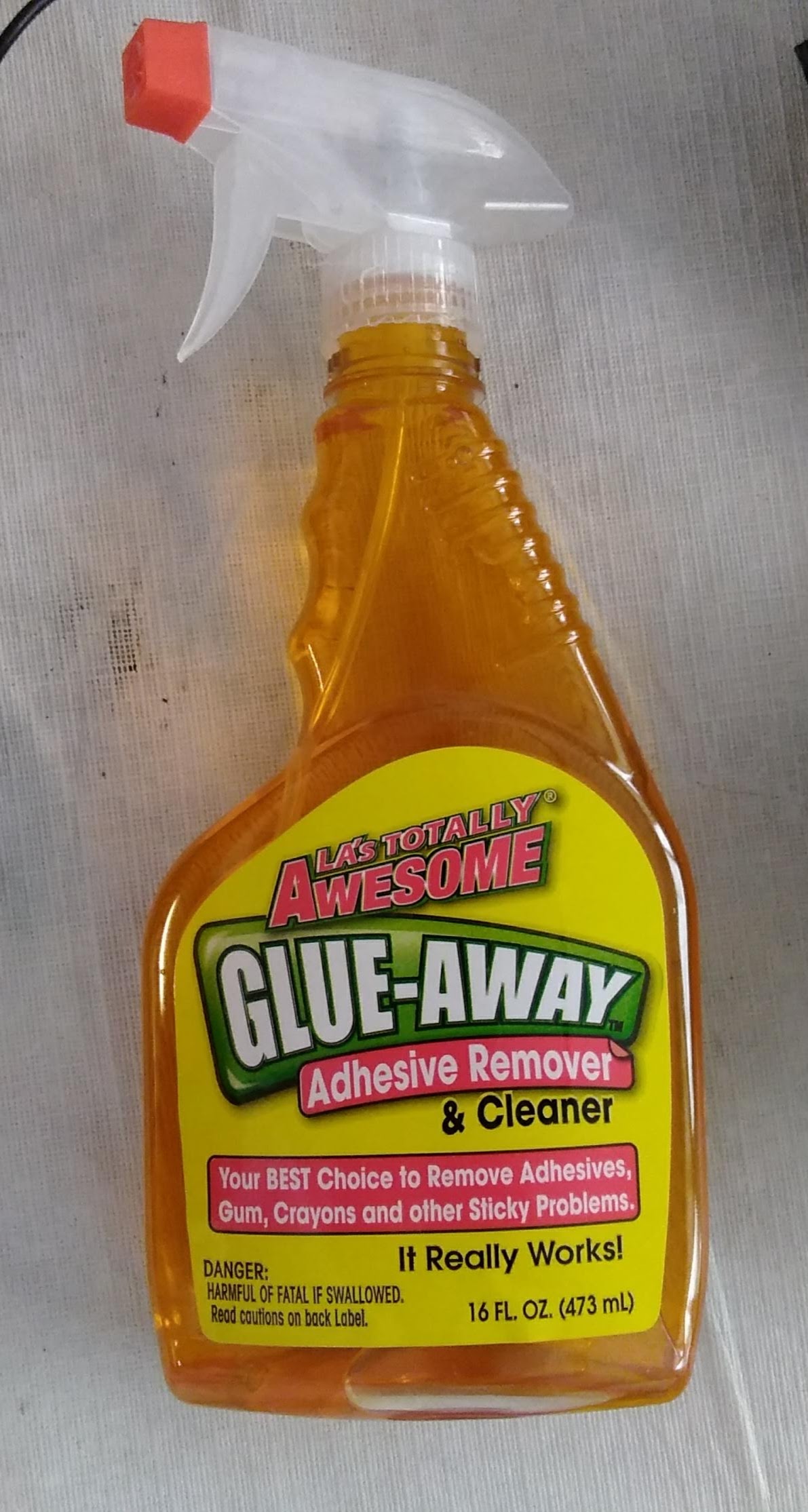 How does this new product compare to Goo Gone, the standard adhesive remover and cleaner that people use to remove stickers from products before they gift them, or, in my case, resell them online.

Goo Gone is considered the go-to cleaner if you want to remove a sticker form a product or tape from an object. While many products can take care of this issue, Goo Gone has the following qualities that make it stand out:

Competitor Goof Off is in the same product space, but their product doesn’t work for people using it for removing labels because Goof Off melts some plastics. It evaporates quickly, and it seems to dissolve the sticker glue more than soften it. In other words, Goof Off is too strong.

It’s a mainstay product at the 99 Cents Only stores. Just about everyone in Los Angeles County has bought a bottle, thinking it was going to be a fake 409 or a fake Fantastik. Well… it was, but it was actually better than both in some ways, mainly in that it wasn’t as strong as either.

Are you seeing a pattern here? Sometimes, you don’t need a strong product. You need something that won’t damage the object being cleaned.

The LATA value is obvious: a $1 bottle of cleaner that is the appropriate strength. The other cleaners are $3 a bottle or more, and need to be more useful in more situations.

Glue Away is obviously a Goo Gone clone, down to the name. It’s a citrus cleaner, like Goo Gone.

I tried it out on two different stickers. The first was a product at Home Depot, and I think it may have been a return. I didn’t spray, but dripped the cleaner on it.

My general technique with both Glue Away and Goo Gone is to drip a few, or several, drops of the cleaner onto the sticker. I soak the paper, and then let it sit for at least half an hour. Sometimes, I let it sit overnight.

Glue Away was oilier than Goo Gone. It was thicker, almost gel-like, so I had to use a paper towel to spread the fluid all over the sticker. Also, it didn’t seem to migrate under the sticker as quickly or completely as Goo Gone.

I also tried it on a prescription bottle, to remove the sticker. It worked very well here. It left more residue than Goo Gone, though. It was slick and oily like flypaper, but not as sticky. So, you need to use a rag or paper towel to clean up, and finish the job.

I tried it on books, to remove the Goodwill stickers. It worked, but left behind some residue. I let it sit a couple hours. Then, I peeled it. I had to use a paper towel with some Glue Away on it to remove the bits of leftover glue.

So, I have some complaints, but I think Glue Away is still a great product. It will threaten Goo Gone in ways that Goof Off cannot. It’s that good.

How Does it Compare?

Glue Away works. However, it’s messier than Goo Gone.

I would give the prize to Goo Gone, but if you aren’t near a store that sells Goo Gone (Kmart, Home Depot), and you are near a 99 Cents Only store, just get the Glue Away.

Conversely, if you have Goo Gone nearby, just get it. It costs $3 to $4, versus Glue Away at $1. The driving will probably eat up any cost savings.

Goo Gone is better than Glue Away, but it’s not that much better.

Glue Away is cheaper than Goo Gone, but not that much cheaper. The way I use Goo Gone, by dripping onto a label rather than soaking a rag, saves the Goo Gone. I will take more than a year to use a bottle.

However, if you have lots of sticker cleaning needs, get Goo Gone, and get it by the gallon. The way Goo Gone evaporates makes it a great product that lets you peel stickers, and then put the item into inventory or into service, without needing to wipe leftover cleaner away.